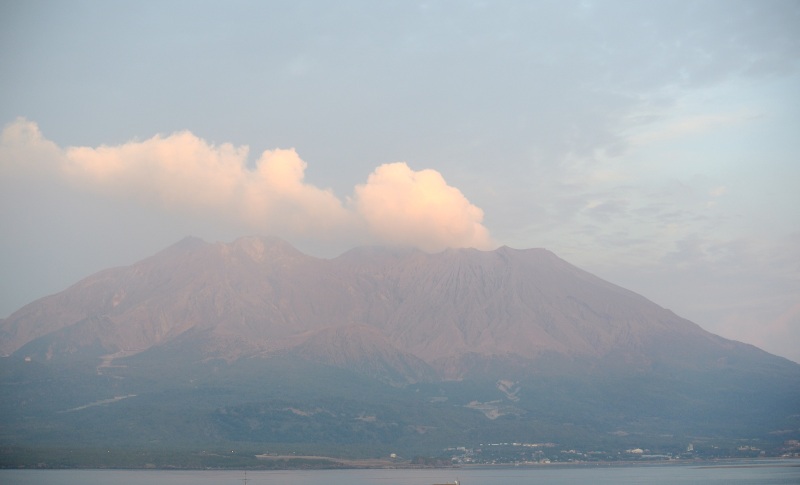 Sakura-jima is one of the worlds most active volcanos. Located in Kagoshima Bay 8km west of Kagoshima City, population of half a million people.
Sakura-jima has been erupting constantly since the 8th century

While we were there it erupted frequently with steam of plumes of ash. Quite spectacular. 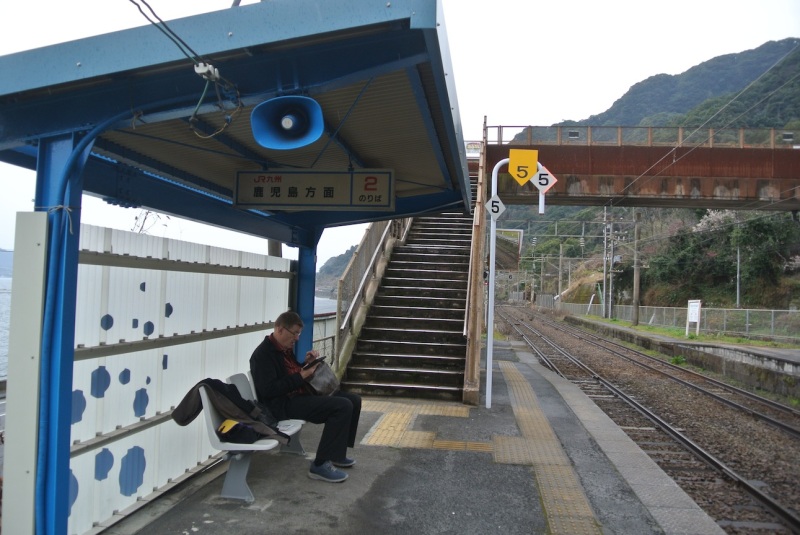 We were to take the train to Kagoshima station to catch the ferry to the Island but missed our stop and ended up at Ryugamizu Station – in the middle of nowhere. Finally another train got us to the ferry pier. Good trip with great views
We took the sight seeing bus which made regular stops for photographs. Didn’t have a lot of time on the Island due to our train trip. 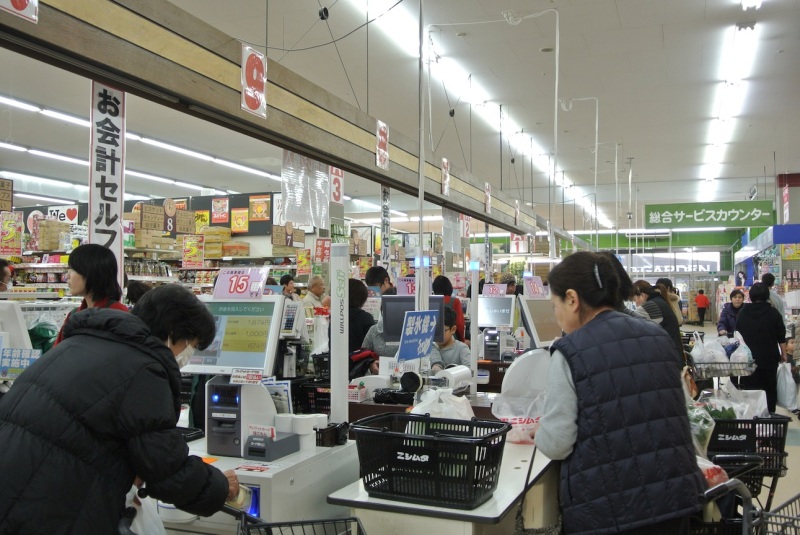 Needed a few things from the supermarket (wine & chuhi) This was very interesting. Went through the checkout and then told to go to 8. You don’t pay the checkout operator but pay at your designated  pay station. The woman in the foreground is paying her bill. No idea what stops you from just walking out without paying?